WELCOME TO THIS BRAND NEW AND AWE INSPIRING PROJECT

I would like to welcome you all to the Beaverworks Mint. My name is Joseph Green and I am the President and Chief Designer of The Mint. It gives me great honour and pleasure to provide Canadians with an opportunity to purchase our high end, fine minted silver coins which honour the Royal Canadian Air Force and its storied history. As a Canadian, I am passionate about this country, those who serve and enjoy producing works which tell our story. With our first minted coin, we chose to honour the CF-105 Avro Arrow. The Arrow came to represent the absolute finest this country can produce and was a symbol of excellence that I feel needed to have her legacy told in this manner. I recall the feeling of awe when I held a coin from Ancient Rome and I hope that our coins will survive for thousands of years to tell the story of the Avro Arrow and the Royal Canadian Air Force.

Given that we are in a start up at the moment, I just ask for a bit of patience with us as we grow, build in our infrastructure and capability. Any new start up is a challenge but rest assured, it is my single core objective is to make sure everyone is very happy with our work. I’m only interested in providing the absolute highest end quality of work and customer service to make sure everyone is happy with their purchase. As time goes on and our collection grows, our systems will naturally evolve and become very streamlined. We aspire to build a system that is elegant, clean, graceful and efficient. Minting bullion coins is a very, very time consuming process and so, over the coming months, I ask for your patience as we nurture this vision into reality.

If you have any questions or comments, please do not hesitate to contact me about anything. As the man at the center of this operation, I take immense pride in the work I do and enjoy interacting with customers. 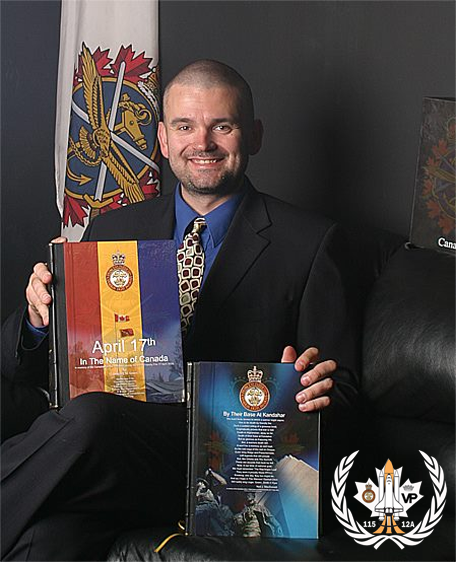 Green is well known Canadian Artist and Designer. He holds a B.FA from one of the worlds elite design schools: Emily Carr University. Green’s focus is in 3D Computer Modeling/Animation/Visual Effects and Fine Arts Painting. He has paintings hanging across Canada ranging from the House of Commons in Ottawa, the Canadian Space Agency HQ in St. Hubert, Quebec, various military bases and with collectors across Canada and the world. Green is well known within the Canadian Forces community. He was presented with a signed flag of the Third Battalion Princess Patricia’s Canadian Light Infantry Battle Group which flew over our base in Kandahar, Afghanistan for work honouring our fallen. Green made available to the Canadian Space Agency that flag where it went up on STS-115/12A with Canadian Astronaut Dr. Steve MacLean and flew 187 times around the world traveling 7.84 million km over 11 days, 19 hours, 6 minutes, 35 seconds. That flag escorted the souls of our fallen home to the heavens now resides at Edmonton Garrison at Third Battalion Princess Patricia’s Canadian Light Infantry Regimental Head Quarters.

Green’s role at Beaverworks is in Leadership, Vision, Design, Business Development, marketing, production and distribution. This initiative to honour the history and legacy of the RCAF aims to  establish the Beaverworks Mint as an elite brand dedicated and committed to honouring Canada and those who serve. Green is financing everything himself in this start up and is fully committed to designing, producing and delivering precedent setting, world class quality.

Green is also well known for his passion for innovation, advanced aerospace design and has worked with retired members of Boeing’s Phantomworks on the development of a new generation of autonomous UAV’s.

Practicing and mastering his craft since 1975, Mr. Woodruff began his career engraving radio plates and dials at CFS Leitrim which led him to spend 9 years at one of Ottawa’s premier engraving companies, Pritchard Andrews Co of Ottawa. Following that, Mr. Woodruff joined the Royal Canadian Mint and assisted in preparations for the 19786 Summer Olympics hosted in Montreal. Holds the distinction of being the last apprentice engraver to receive a certificate from the Ministry of Trades from the Province of Ontario. Promoted to Senior Engraver with the Royal Canadian Mint in 2000, Woodruff was an active participant and leader on various committees leading to the Royal Canadian Mint ascent to today’s renowned status. In 2014, Woodruff retired from the engraving industry after nearly 40 years of service.

Versatile in all areas of the most advanced 2D and 3D sculpting and engraving software, his high performance and results oriented personalities fits well with Beaverworks and our start up. He likes our vision and he wants to remain active on a part time basis. Given how fast he works, his precision and depth of knowledge,  it is our honour and distinct privilege to have him on board as our Senior Engraver

Woodruff originally contacted us complimenting the design of our Arrow coin which Green designed. We knew at that point, if a retired Senior Engraver from the Royal Canadian Mint was complimenting us on our work, it underscored how persistence and hard work pays off. It was at that point that our Chief Designer was overwhelmed with sheer humility knowing that our work was being examined by a true engraving master, but it served to impress someone with the stature of William Woodruff. As a start up, it goes without saying that we are truly committed to customer satisfaction. All we have is our reputation, legacy of work and our dream to honour the Canadian Armed Forces. We cannot afford to have at any point, any weakness in the quality of our product nor reputation of honour. When Mr. Woodruff inquired about becoming involved as a way to stay in practice and help build out a vision like our, to know that we could absolutely trust his technical and artistic capabilities, but his character to help us grow, truly meant the world to Green. With Mr. Woodruff coming on board, it means we have on board one of the Worlds Premier Master Engravers who just happens to like our vision and character. We look forward to working with him for many years and issues to come.

The Beaverworks Mint is proud to announce that we are as part of the decade of commemoration leading up to the 100th anniversary of the formation of the Royal Canadian Air Force, will be embarking on a journey to produce world class, 1 Troy Oz. .9999 Fine Silver coins that honour the history and legacy of the RCAF by telling its story through issuing 100 different minted coins.

We decided that as our first minted coin, we wanted to recognize and honour the CF-105 Avro Arrow. She was embodiment of Canadian aerospace engineering excellence and established Canada as a leading edge, global leader in supersonic aerospace production. That ethos is something that comes to define Canada and by extension demonstrates the high order excellence that the RCAF comes to represent.

The Beaverworks Mint has on staff highly skilled designers and artists who take this vision of providing customers with world class, elite coins that have fine silver and gold to help tell our story for many years, the history and legacy of the Royal Canadian Air Force in fine silver coins. Many months and countless hours have been meticulously spent in the design phase to ensure that not only does each round look amazing, but has the symbology integrated into the design so that each coin design tells a story in its own right.

We are currently in a start up phase with our first coins we are issuing requires between 120-150 days to produce and ship. We are about to launch the next 5 coins and the next production window for accepting pre-orders will be open until 30 December, 2015. Once we close that window, we will begin production and begin to take orders on Main Batch 3 to coincide with the publication of the article in Canadian Aviator Magazine which has graciously agreed to published a story about our coins. In that batch, we will unveil the next coins in the series and also begin to take pre-orders on our first .9999 1 Troy Oz. Gold Coin with select platinum plate and full colour printing dedicated to the AVRO Arrow. Those coins will be limited to no more than 500 and only those clients who have purchased one of the Arrow fine silver coins will be pre-qualified to purchase our Gold coins. We aim to build an elite collectors base of amazing people. So far, so good.

Every possible step has been taken and addressed to ensure the finest quality RCAF Minted coins arrive in perfect condition. We have a premium packaging solution that we offer for an additional fee where your coin will have a high polished wooden display case within display box shipped within a custom carton. We realize that some people may not want that as they would rather display their coin, but some would, so we have made that option available to you for an additional fee.

We just ask for a bit of patience as we work to build this new vision, however realize that we have exceptionally high standards and we aim to build out an amazing legacy which honours the Royal Canadian Air Force and its storied history. 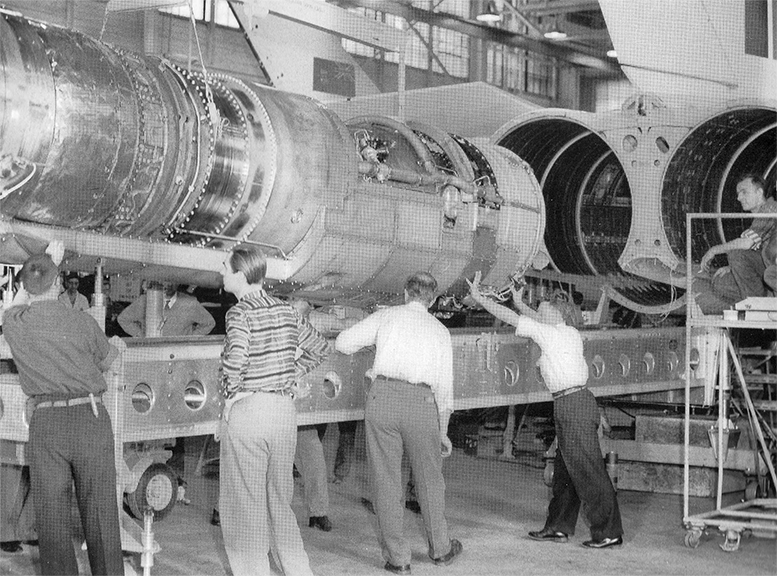 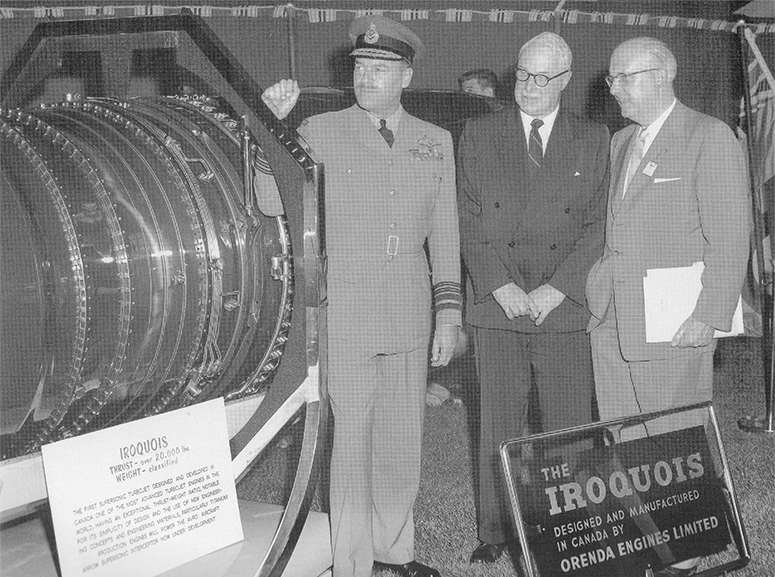