Dedicated to the very first pilot in Canadian History and first man to fly in the British Empire: J.A.D. McCurdy. This legenday pioneer inspired countless millions across Canada and the world with his flight in the Silver Dart in Baddeck, Nova Scotia on 23 February, 1909. We are honoured and privileged to have the support of his Grandson, HCol Gerald Haddon in producing this work of art dedicated to his grandfather. 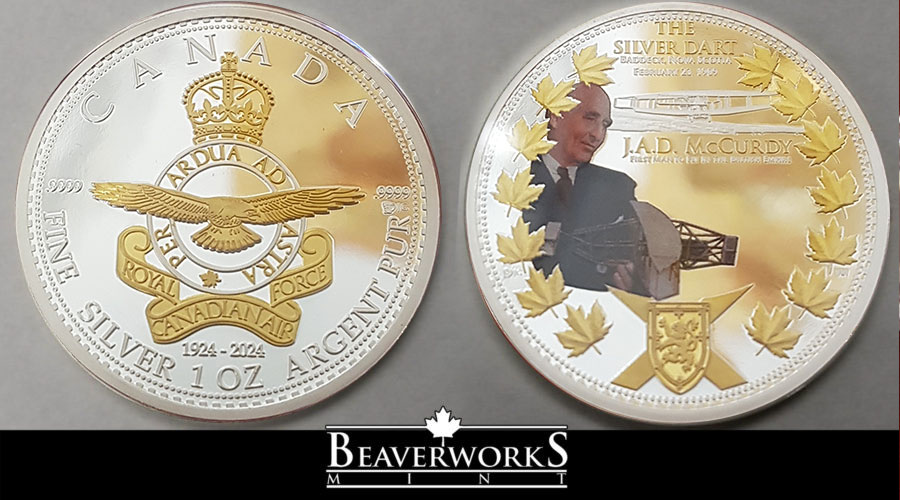 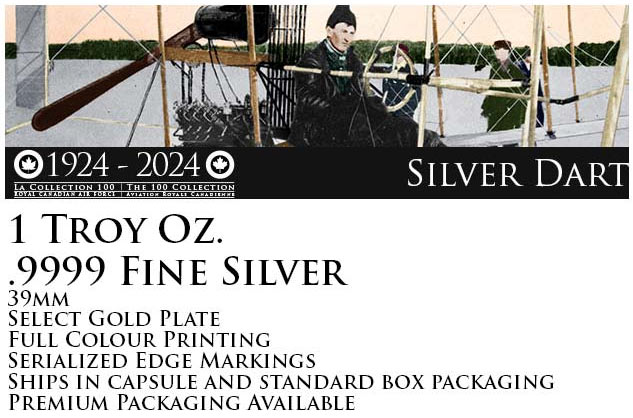 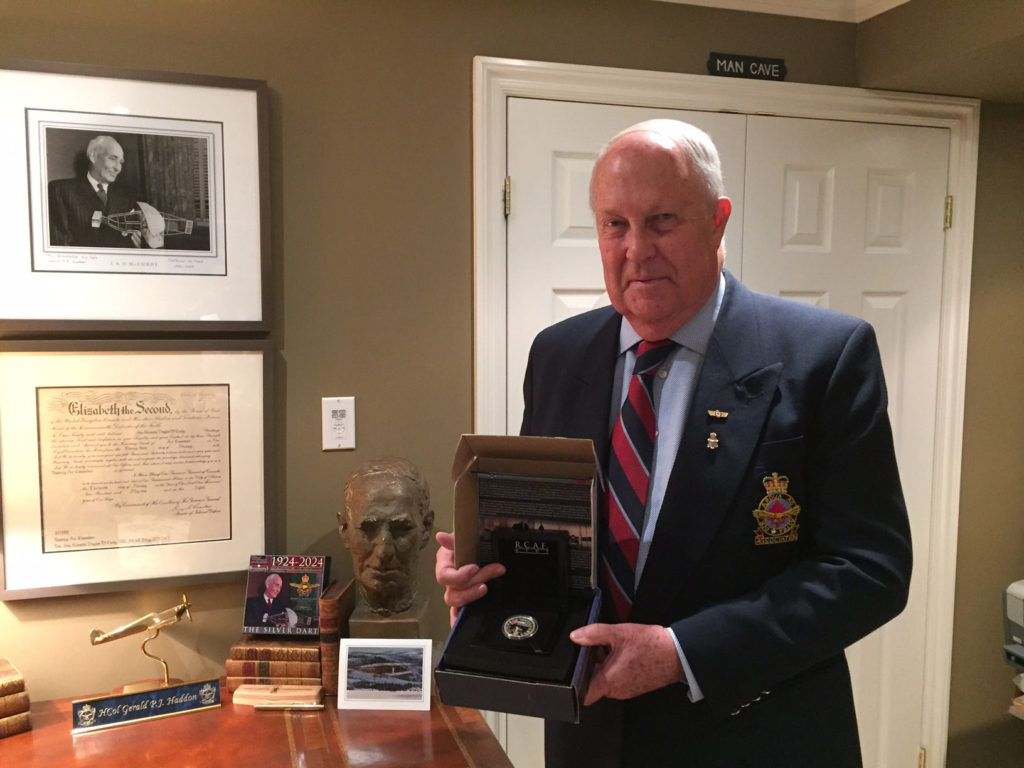 The two Silver Dart coins have finally arrived in their impressive illustrative boxes. I cannot describe how excited and impressed I am with your artistry in creating these beautiful mementos of the man and his aeroplane who started Canada’s rich aviation history. You have performed an outstanding job for which I am so grateful.
Known as “John the Baptist” for being the chief force behind the founding of the Royal Canadian Air Force, J. A. D. McCurdy was acclaimed the first Member of Canadaʼs Aviation Hall of Fame with the following citation:
“The dedication of his engineering talents to the development of manned flight was a prime factor in the  birth of North Americaʼs Aviation Industry and has proven to be of outstanding benefit to Canadian Aviation.”
Here for all Canadians is a symbol keepsake to remind them of the very beginning of aviation, when my grandfather was pioneering the ability to fly. You have harnessed your enormous creativity during many a long day and night — which took you to the point of exhaustion — to bring these beautiful coins to all Canadians.
As the proud grandson of the man whom many consider to be the Father of Canadian Aviation, Honorary Air Commodore, The Honourable John Alexander Douglas McCurdy, I feel deeply honoured to receive the very first and second coin, 0000 and 0001. I know my grandfather would be thrilled that his grandson is the recipient of such a unique one-of-a-kind piece of history which I shall always treasure.
Please, if there is a cost to be shared then you must let me know what it is.
I salute you for your magnificent achievement.
Sincerely,
Gerald Haddon”
-Without a doubt, the honour, privilege and pleasure is distinctly mine sir. Thank you for allowing myself and our Chief Sculptor William Woodruff the opportunity to honour your grandfather in a medium befitting his noble and inspiring character.
-Joseph

34 in stock (can be backordered)